Why Culture is Critical to Mission 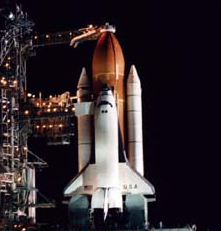 The Space Shuttle Columbia streaked across the American Southwest on the morning of February 1st, 2003. Columbia’s highly anticipated return would be the culmination of a successful 16-day mission, touching down in Cape Canaveral, Florida.  Officials at Kennedy Space Center knew the shuttle reported signs of trouble before losing contact with the crew, leaving NASA in a haze of uncertainty.  Several minutes later, those at Kennedy would discover what locals in Texas already knew. Columbia broke apart during re-entry, leaving a 200-mile path of debris, heartbreak, and sorrow across the scrub brush and swamps of Texas and Louisiana.

Columbia’s story is narrated in the book, Bringing Columbia Home, a heartbreaking chronicle of tragedy, grit, and sorrow. It describes the herculean efforts of NASA, multiple federal agencies, and ordinary citizens to recover the shuttle and its crew. Ultimately, a seemingly innocuous piece of foam was to blame for the ship’s failure, striking the left wing seconds after takeoff.

While the foam insulation was the direct cause of the disaster, NASA’s culture was the underlying problem. One day after takeoff, technicians discovered the foam strike while examining photographs of the launch. Engineers expressed unease about the crew’s safety but were muted by their supervisors. Mike Leimbach, coauthor of Bringing Columbia Home and launch director of the final Columbia mission, states, “I know from personal experience that it took big (guts) to bring something up at any of those meetings, even if you damn sure knew you were right.”

This incident demonstrates the importance of organizational culture. NASA engineers knew the ship was in jeopardy but didn’t feel comfortable pressing the issue. Simon Sinek recently posted on Twitter:

When we feel stress, our bodies release cortisol. Cortisol impairs rational thinking & decision making. In a toxic culture, we are biologically more likely to make a bad decision or do something that is ethically questionable.

As educators, we have to foster a culture of open communication and collaboration. A school that listens to minority opinions and creates a safe environment will reap the rewards of collaboration. It can sting when your idea isn’t accepted, but what happens if your lousy idea is adopted? Ideas should be challenged prior to implementation. The ultimate goal of any school is to provide the best learning environment for students and staff. A climate of collaboration and trust must be established for this to occur.

While school failures aren’t as dramatic as NASA’s, they are certainly just as important. We have to leverage the knowledge of everyone in our organization to accomplish our mission.

“Leaders who refuse to listen will eventually be surrounded by people who have nothing significant to say.”-